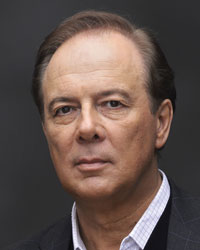 “…in a revival of Verdi’s “Don Carlo” the great bass Ferruccio Furlanetto is giving a spellbinding master class on the adage. … Mr. Furlanetto meets Verdi’s demanding, wrenching music with commanding power and moving vulnerability in both voice and gesture.” (New York Times, February 2013)

One of the greatest basses of our time Ferruccio Furlanetto is one of the most sought-after singers in the world. The critics praise him for his vast range, thundering vocal power, and excellent acting ability.

His amazing international career began with the role of King Philip II in Verdi’s Don Carlo at the Salzburg Easter Festival under the baton of Herbert von Karajan in 1986. In the same year he debuted at the Salzburg Summer Festival with the role of Figaro in Mozart’s opera. His debuts on the leading opera stages happened earlier: Teatro alla Scala (1979), Metropolitan Opera (1980), Vienna State Opera (1985).

He has collaborated with some leading orchestras and conductors such as Herbert von Karajan, Carlo Maria Giulini, Sir Georg Solti, Leonard Bernstein, Valery Gergiev, Lorin Maazel, Claudio Abbado, Bernard Haitink, Daniel Barenboim, Georges Prêtre, James Levine, Semyon Bychkov, Daniele Gatti, Riccardo Muti, Mariss Jansons, and Vladimir Jurowski. He performs in concerts and recitals at the leading world’s concert halls, in the repertory ranging from Verdi’s Requiem to Russian songsand Schubert’s Winterreise. He has made numerous recordings of opera on CD and DVD, and his performances were broadcasted internationally over the radio and television. He feels equally at home at many opera houses such as La Scala Milan, the Royal Opera House, Covent Garden, the Vienna State Opera, the Opera National de Paris, and the New York Metropolitan Opera as well in Rome, Turin, Florence, Bologna, Palermo, Buenos Aires, Los Angeles, San Diego, and Moscow. At the Mariinsky Theatre in St. Petersburg, he has become the first Italian bass to appear in the title role of Mussorgsky’s Boris Godunov. He also performed the role on the stage of Bolshoi Theater with great critical and public acclaim last season, becoming the only Western artist who sang Boris Godunov on both historical main stages of Russia.

The 2014-15 season in the whole is dominated by the role of Philipp II in Don Carlo, highly praised by the press all over the world: Ferruccio Furlanetto sang it recently in London and Vienna “with an imposing authority that embraced equally Philip II’s fearsome power and his inner weakness” (Financial Times). During the next season Ferruccio Furlanetto sings King Philipp at the Sofia Opera for the season opener (it will be his debut at the house), which commemorates Boris Christoff’s 100th anniversary. In January he performs the role at the Vienna State Opera, in April - returns with it to the Metropolitan Opera’s Don Carlo in the Nickolas Hytner’s production. Ferruccio Furlanetto so far is the only King Philipp seen and heard in this staging since its premiere in 2008 in London (two revivals had followed) and in 2010 in New York (this season it will be its second revival). “Great Ferruccio Furlanetto had set high standard for this role”, - as the New York Times stated. Furlanetto already sang 200 performances at the Met, and with this season’s Don Carlo he is adding to this milestone another 8. In July he is King Philipp again, this time under the iconic sails of the Sydney Opera House (his debut in Australia) with the 9 performances.

At the concert stage Ferruccio Furlanetto participates in the Freedom Gala at the Hungarian Opera in Budapest, Neil Schicoff’s Gala at the Vienna State Opera. In May he sings Schubert Winterreise at the Palais Garnier (Paris).

Upcoming appointments also include the role of Boris Godunov: Ferruccio Furlanetto became the first Western artist who sang it to the highest critical acclaim at the main historical stages of Russia - Bolshoi and Mariinsky Theaters.

In the recent years Ferruccio Furlanetto also made Massenet’s Don Quichotte one of his signature parts: “Fortunately, Furlanetto is Don Quixote. It’s hard to imagine anyone else bringing both the command and the sheer humanity that distinguishes his portrayal” – U-T San Diego. His recent triumphs with it includes the San Diego Opera, the Mariinsky and Bolshoi Theaters and Canadian Opera in Toronto. Ferruccio Furlanetto is Honorary Ambassador to the United Nations and devoted golf player.

Additional information is available at www.ferrucciofurlanetto.com