Opera star Patricia Racette returns to her cabaret roots in Diva on Detour. Accompanied by acclaimed pianist Craig Terry, this program will feature an evening of songs by Cole Porter, Stephen Sondheim, George Gershwin and Edith Piaf. Opera News says of her newest project that she “delivers well-honed emotional interpretations of these pop songs and standards” and she would be “right at home in any cabaret”. Don’t miss this one-night-only event sure to delight every fan! 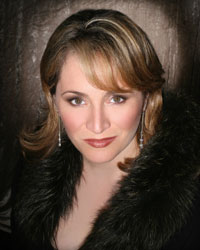 Soprano Patricia Racette has appeared in the most acclaimed opera houses of the world including the Metropolitan Opera, San Francisco Opera, Lyric Opera of Chicago, Royal Opera House, La Scala, Paris Opera, Theater an der Wien and the Bayerische Staatsoper. Known as a great interpreter of Janáček and Puccini, she has gained particular acclaim for her portrayals of the title roles of Madama Butterfly, Tosca, Jenufa, Kátya Kabanová, and all three lead soprano roles in Il Trittico. Her performances of Madama Butterfly and Peter Grimes at the Metropolitan Opera were seen in movie theaters across the world as part of the The Met: Live in HD, with Madama Butterfly being one of the most successful broadcasts in the history of the series. Both were subsequently released on DVD.

A champion of new works, Ms. Racette has created roles in a number of world premieres. Among these many roles are Leslie Crosbie in Paul Moravec’s The Letter at the Santa Fe Opera, Roberta Alden in Tobias Picker’s An American Tragedy at the Metropolitan Opera, the title role in Tobias Picker’s Emmeline at the Santa Fe Opera (broadcast on PBS/Albany Records audio), Love Simpson in Carlisle Floyd’s Cold Sassy Tree at the Houston Grand Opera, and most recently, the title role in Tobias Picker's Dolores Claiborne at the San Francisco Opera.

With the release of Diva on Detour, her breakout first cabaret album, Ms., Racette officially adds the cabaret genre to her performance platform. Her cabaret show has been heard live in New York for 54 Below, the Michael Schimmel Center for the Performing Arts, the Century Club, and the Neue Gallerie; in Washington D.C.’s Birchmere Theater, San Francisco’s Venetian Room, Dallas’ Winspear Theater, and also several venues in Santa Fe, New Mexico.

This season, Ms. Racette's many engagements include her returns to the Metropolitan Opera in the new production of Pagliacci and the San Francisco Opera as title role in Susannah, and her debuts at the Canadian Opera Company in Madama Butterfly and the Opera San Antonio in her first fully staged performances of the title role in Salome.

A native of New Hampshire, Ms. Racette earned her Bachelor of Music degree from North Texas University before joining The Merola Opera Program and the Adler Fellowship at the San Francisco Opera. Among her honors are the Richard Tucker Award, the Marian Anderson Award, and most recently a 2010 Opera News Award. 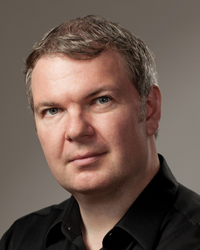 Mr. Terry made his Carnegie Hall debut in 2000 and has also performed at Avery Fisher Hall, Alice Tully Hall, The Kennedy Center for the Performing Arts, and the Metropolitan Museum of Art. Recent performances include recitals with Stephanie Blythe at both the American Songbook series at “Jazz at Lincoln Center” and the Ravinia Festival, Ana Maria Martinez at The Kennedy Center, Joyce DiDonato in Princeton and Santa Fe, Patricia Racette at the Ravinia Festival, 54Below in New York, and the Winspear Opera House in Dallas, Christine Brewer for the Celebrity Series of Boston and the Gilmore Keyboard Festival, Giuseppe Filianoti in his American Recital Debut on the Harriman-Jewell Series in Kansas City, Susanna Phillips and Dimitri Pittas at the Tokyo City Opera House under the auspices of the Metropolitan Opera, Nicole Cabell in St, Petersburg, Russia, Kate Lindsey at both Rockefeller University and Smith College, and Ms. Phillips at Alice Tully Hall. In 2008, he was twice featured as soloist with the Chicago Philharmonic, performing piano concertos of Chopin and Mendelssohn. In March 2010, he made his conducting debut at Lyric Opera of Chicago, leading student matinee performances of “L’Elisir d’Amore,” and in 2012 made his LOC stage debut as “Jake” in “Show Boat.” Mr. Terry was also featured in a “Live from Lincoln Center” national broadcast on PBS with Stephanie Blythe in April 2013. Mr. Terry’s 2014-2015 season schedule includes recitals with Stephanie Blythe, Christine Brewer, Joyce DiDonato, Brian Jagde, Ana Maria Martinez, Luca Pisaroni, Patricia Racette, Hugh Russell, and Heidi Stober as well as chamber music concerts with members of the Lyric Opera of Chicago Orchestra. He has recently been named Artistic Director of “Beyond the Aria,” a new concert series presented by the Harris Theater in collaboration with the Ryan Opera Center and Lyric Unlimited. The inaugural 2014-15 season of four concerts includes performances with Jamie Barton, Stephanie Blythe, Bryan Hymel, Brandon Jovanovich, Quinn Kelsey, Ana Maria Martinez, Bo Skovhus, and Amber Wagner alongside four current members of the Ryan Opera Center: J’nai Bridges, Anthony Clark Evans, Will Liverman, and Laura Wilde. His discography includes three recently released recordings: “Diva on Detour” with Patricia Racette, “As Long As There Are Songs” with Stephanie Blythe, and “Chanson d”Avril” with Nicole Cabell.

Patricia Racette is a Diva for All Opera Houses
LA Opus