All performances at The Balboa Theatre

If you don't love me, I love you;
if I love you, look out for yourself!

Gypsy Carmen is a sizzling seductress, but play with her and you will get burned. Naïve young soldier Don Jose falls for her, leaving his homespun sweetheart Micaela in pursuit of a life of crime and lust with Carmen and her band. But when Carmen callously drops him for Escamillo the strutting bullfighter, jealousy ignites and Don Jose is pushed to the brink. Passions intensify and burst into an emotional bonfire that threatens to destroy them all.

Peter Brook’s gripping adaptation brings Bizet’s opera back to its origins of sexual intrigue, power, and complexity. In this distilled 90-minute production, Carmen’s embrace of her dark fate is elevated from an act of submission to an assertion of power.

Visceral and explosive, this highly-stylized production of The Tragedy of Carmen explores the boundaries of where opera and theatre meet.

All performances at The Balboa Theatre

If you don't love me, I love you;
if I love you, look out for yourself!

Gypsy Carmen is a sizzling seductress, but play with her and you will get burned. Naïve young soldier Don Jose falls for her, leaving his homespun sweetheart Micaela in pursuit of a life of crime and lust with Carmen and her band. But when Carmen callously drops him for Escamillo the strutting bullfighter, jealousy ignites and Don Jose is pushed to the brink. Passions intensify and burst into an emotional bonfire that threatens to destroy them all.

Peter Brook’s gripping adaptation brings Bizet’s opera back to its origins of sexual intrigue, power, and complexity. In this distilled 90-minute production, Carmen’s embrace of her dark fate is elevated from an act of submission to an assertion of power.

Visceral and explosive, this highly-stylized production of The Tragedy of Carmen explores the boundaries of where opera and theatre meet.

Friday, March 10 - after performance
The US Grant Hotel
Join us immediately following the opening night performance of Tragedy of Carmen for a cast party at The US Grant. Meet the artists and enjoy a wine and champagne reception with light hors d’oeuvres and desserts. Tickets are $100 per person. ADD TO YOUR TICKET ORDER TODAY!
Already have your Tragedy of Carmen tickets? Purchase your cast party tickets here!

The two girls fight and José's superior, Zuniga, appears. Unable to control Carmen, he orders José to take her to jail. En route, Carmen promises José that if he lets her escape she will meet him at the inn of her friend Lillias Pastia. José lets Carmen go, whereupon Zuniga locks him up and takes away the corporal's rank. Carmen arrives at the inn with stolen goods. Zuniga comes to see Carmen and offers money for her favors. Carmen accepts, but shortly thereafter Jose enters.

Carmen abandons Zuniga and sings for José. At this moment the bugles blow, summoning José back to the barracks. Carmen is furious and taunts him; the situation becomes tense. José discovers Zuniga, loses control and kills the officer.

The body is quickly hidden as Escamillo, a famous bullfighter, enters. Buying drinks all around, he announces that he, too, wants Carmen. José, jealous, picks a fight with Escamillo. Carmen separates them and Escamillo withdraws, inviting all to his next bullfight.

José, who has now killed for Carmen, sings of his love for her. They go to the mountains where an old gypsy woman unites them.

While they are sleeping, Garcia appears at the camp. He is Carmen's husband, though she has hidden his existence from José. The two men challenge each other and as they go off to fight, Carmen reads her tragic fate in the cards. The song ends, Garcia returns wounded and falls dead at Carmen's feet.

Micaëla appears again searching for José; the two women seem to understand each other. They sing while José, twice a murderer and abandoned by Carmen, flees. Carmen becomes Escamillo's mistress. José returns to persuade her to leave with him to start a new life. She refuses, knowing she is putting her life in jeopardy.

Escamillo is killed in the bullring. Carmen still refuses José's offer, but she goes with him as far as the place where the cards have foretold that she will die.

Watch and Listen to Podcasts from Dr. Nicolas Reveles

A Word about The Tragedy of Carmen

The Tragedy of Carmen is not Carmen! Although you'll easily recognize Bizet's music, this is a version of the opera as a musical theatre piece devised by famed director Peter Brook to tell the story in a completely new way...or perhaps, depending on your point of view, the original way. Watch Dr. Nic’s podcast and he’ll explain it all for you!

The Tragedy of Carmen: A Preview

This isn’t your grandma’s Carmen! This is a version of the Bizet opera devised by eminent director Peter Brook back in the '80s in an attempt to focus intensely on the story and the important relationships in it. More based on the Prosper Merimee novella upon which the Bizet is based, The Tragedy of Carmen brings us much closer to the characters, especially the elemental power of the main character, while still using the great tunes and musical moments that we all know and love. In this conversation with Nic Reveles, stage director Alexander Gedeon gives us a preview of his take on this fascinating piece, complete with sneak peaks at video sequences by Yuki Izumihara and renderings of the costumes that will be used in our production by costume designer Adam Alonso. Watch Dr. Nic’s podcast interview with Director Alexander Gedeon and enjoy! 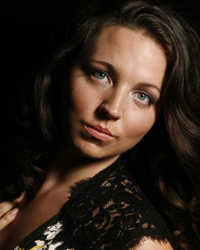 San Diego Opera debut. American mezzo soprano Peabody Southwell’s recent engagements include La Ciesca in Gianni Schicchi, the Third Lady in The Magic Flute, and Flora for Los Angeles Opera, principal singer for Los Angeles Opera/Beth Morrison Project’s Anatomy Theatre, Juno and Ino in Semele, and the title role of Agrippina for Opera Omaha, Liederabend 21c with Los Angeles Philharmonic/Beth Morrison Projects, the title role in La Tragèdie de Carmen for Des Moines Metro Opera, soloist in Pulcinella for San Francisco Symphony, Omar in John Adams’ The Death of Klinghoffer, and the Fox in The Cunning Little Vixen for Long Beach Opera, Anna in Die sieben Todsünden for Central City Opera, The Woman in Green in Peer Gynt for San Francisco Symphony, and the title role in María de Buenos Aires with Long Beach Opera and Chicago Opera Theater. She is a two-time Los Angeles district winner and regional finalist in the Metropolitan National Council Auditions, a winner of the Kent Atwater Concerto Competition, a Lotte Lenya Competition finalist and was named Musical America’s New Artist of the Month for May 2014.  She is also an actress and designer. 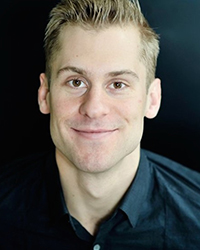 San Diego Opera debut. Canadian soprano Andriana Chuchman notable appearances include Lauretta in Gianni Schicchi at Los Angeles Opera, Magnolia in Show Boat at The Dallas Opera, Boonyi in Shalimar the Clown at Opera Theatre of Saint Louis, Susanna in The Marriage of Figaro at Manitoba Opera, Handel's Messiah with the Edmonton Symphony Orchestra, and Orff's Carmina Burana and the world premiere of Larysa Kuzmenko's Golden Harvest with the Winnipeg Symphony. Other recent engagements include Olympia in The Tales of Hoffmann for Canadian Opera Company, Adina in The Elixir of Love, Miranda in The Enchanted Island, Gretel in Hansel and Gretel, and Valencienne in The Merry Widow at the Metropolitan Opera, Gretel on the Glyndebourne Festival Tour, Magnolia at the Washington National Opera, Guinevere in Camelot at the Glimmerglass Festival, Yum-Yum in The Mikado, Cleopatra in Julius Caesar, Susanna, and staged performances of Carmina Burana at Michigan Opera Theater, Minka in Le Roi le Malgra at the Bard Music Festival, Irma in Louise at the Spoleto Festival USA, and Alinda in Giasone and Dorinda in Orlando at the Chicago Opera Theater. A graduate of the Ryan Opera Center at the Lyric Opera of Chicago, Ms. Chuchman has appeared on the opera company's main stage as Zerlina in Don Giovanni, Yum-Yum, Valencienne, and in their productions of Die Frau ohne Shatten and Manon. She also sang student matinee performances of The Elixir of Love and The Marriage of Figaro. Also a member of the San Francisco Opera’s Merola Program, Ms. Chuchman appeared there as Barbarina in The Marriage of Figaro, Carolina in Il Matrimonio Segreto, and as Blanche in excerpts of Dialogues of the Carmelites and Clorinda in excerpts of Cinderella. 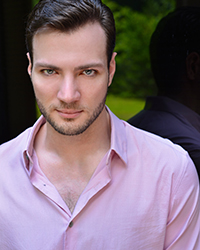 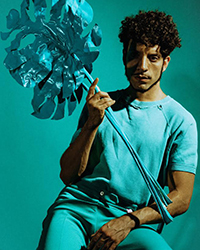 San Diego Opera debut. As a recording and performance artist, Alexander created Trick & the Heartstrings, a New York punk-funk trio that released music on the Warner Bros subsidiary 679 in the UK. Alexander composed all of the music and created the choreography for what London's NME magazine described as "a supertight howl of righteous rhythm and blues with jaw-dropping pop twists". Subsequently, he formed Yellow Alex, a funk/disco ensemble that released music on the Collective Sounds label (Sony RED), was an LA/KCRW pick of the month, and was on the featured iTunes playlist for Apple stores worldwide. In 2016, he made his opera debut as Assistant Director for the world premiere of David Lang's anatomy theater, presented by LA Opera's Off-Grand series. Alexander will follow the production to New York this winter for the east coast premiere at BRIC in Brooklyn. Recent credits also include assistant direction and choreography for The Rake's Progress at Pacific Opera Project in LA -- the first professional production of the opera in the western United States. Other stage credits include the lead role in Samuel Beckett's Endgame at New York's Walker Theater, and several productions at NY's HERE Arts Center, including the world premiere of Mercury, produced by Eve Ensler. Alexander trained at the Royal Academy of Dramatic Arts in London, and is a graduate of New York University's Experimental Theater Wing. 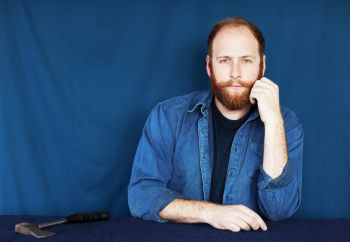 San Diego Opera debut. Chris Rountree is the founder, conductor and creative director of the L.A. chamber orchestra wild Up. wild Up started in 2010 with a vision of a world-class orchestra that creates visceral, provocative experiences that are unmoored from classical traditions. Recent appearances include debuts with Chicago Symphony, Los Angeles Opera and Atlanta Opera, and returns to the Music Academy of the West and the San Francisco Symphony’s SoundBox series. He conducted the Interlochen World Youth Orchestra on the New York Philharmonic’s 2016 Biennial, joined Jennifer Koh and Shai Wosner with wild Up at the Laguna Beach Music Festival, and conducted Diavolo’s new show “L’Espace du Temps: Glass, Adams, and Salonen.” As a composer, his recent premieres and commissions include a new piece for The Crossing at the Philadelphia Museum of Art, a re-orchestration of Esa-Pekka Salonen’s Foreign Bodies, a choral work for Bjork’s choir Graduale Nobili in Reykjavik, and a piece for Jennifer Koh on the New York Philharmonic’s Biennial. He founded an education intensive with the Los Angeles Philharmonic, continued an education partnership at the Colburn School, and taught “Creativity and Consciousness” at Bard College’s Longy School. He joined the production company Chromatic, conducted Opera Omaha performing John Adams’ A Flowering Tree, debuted on the San Francisco Symphony’s SoundBox series, and started a three-year stint as guest conductor of the Los Angeles Chamber Orchestra. He has curated and created events for contemporary art institutions including the Getty Museum, MCA Denver, the Philadelphia Museum of Art and UCLA’s Hammer Museum, where a long-running wild Up residency brought the group to national prominence.