At the Balboa Theatre

An eccentric and aging clockmaker is nearing the end of his life and preparing a book of secrets to pass on. At a critical point in his story, he must decide the fate of the magician…or is it his own fate? As Harold ponders these decisions, he finds himself transported inside a mystical musical realm where fiction and reality collide.

In its west coast premiere, Aging Magician is a hauntingly beautiful hybrid of opera and theatre that combines opera, choral music, and puppetry, produced by one of today’s most influential and innovative taste makers, Beth Morrison Projects.


The approximate run time is 1 hour and 25 minutes with no intermission.

At the Balboa Theatre

An eccentric and aging clockmaker is nearing the end of his life and preparing a book of secrets to pass on. At a critical point in his story, he must decide the fate of the magician…or is it his own fate? As Harold ponders these decisions, he finds himself transported inside a mystical musical realm where fiction and reality collide.

In its west coast premiere, Aging Magician is a hauntingly beautiful hybrid of opera and theatre that combines opera, choral music, and puppetry, produced by one of today’s most influential and innovative taste makers, Beth Morrison Projects.


The approximate run time is 1 hour and 25 minutes with no intermission. 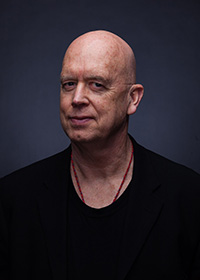 Rinde Eckert is a writer, composer, singer, actor, and director whose music and music theater pieces have been performed throughout the United States and abroad. Among them are: And God Created Great Whales (Obie Award), : Horizon (Lucille Lortel Award, and Drama Desk nomination for Outstanding Play), and : Orpheus X (2007 Pulitzer Prize finalist). He is a recipient of a Marc Blitzstein Memorial Award (for Lyricist/Librettists) from the American Academy of Arts and Letters (2005), an Alpert Award (for Theater work) (2009), and a Guggenheim Fellowship (in composition) (2007). In 2012 he won a Grammy Award singing with eighth blackbird and Steven Mackey on ‘Lonely Motel - Music from : Slide’ (for which he also wrote the lyrics). He is one of the inaugural class of Doris Duke Performing Artist Award winners (2012). Rinde has appeared as a principle soloist with the New York Philharmonic, and the BBC Philharmonic. In the spring of 2017 he was one of five singers chosen by Renée Fleming to perform solo concerts at the Kennedy Center as part of her Voices Festival. That same spring he performed the solo role in Aging Magician (Rinde’s libretto), a collaboration with composer Paola Prestini and designer/director Julian Crouch. In the spring of 2018 he toured with the Kronos Quartet in My Lai, a mono-opera written for him by Jonathan Berger. His new solo recording The Natural World was released in August 2018 as a Songtone production in association with National Sawdust Tracks. 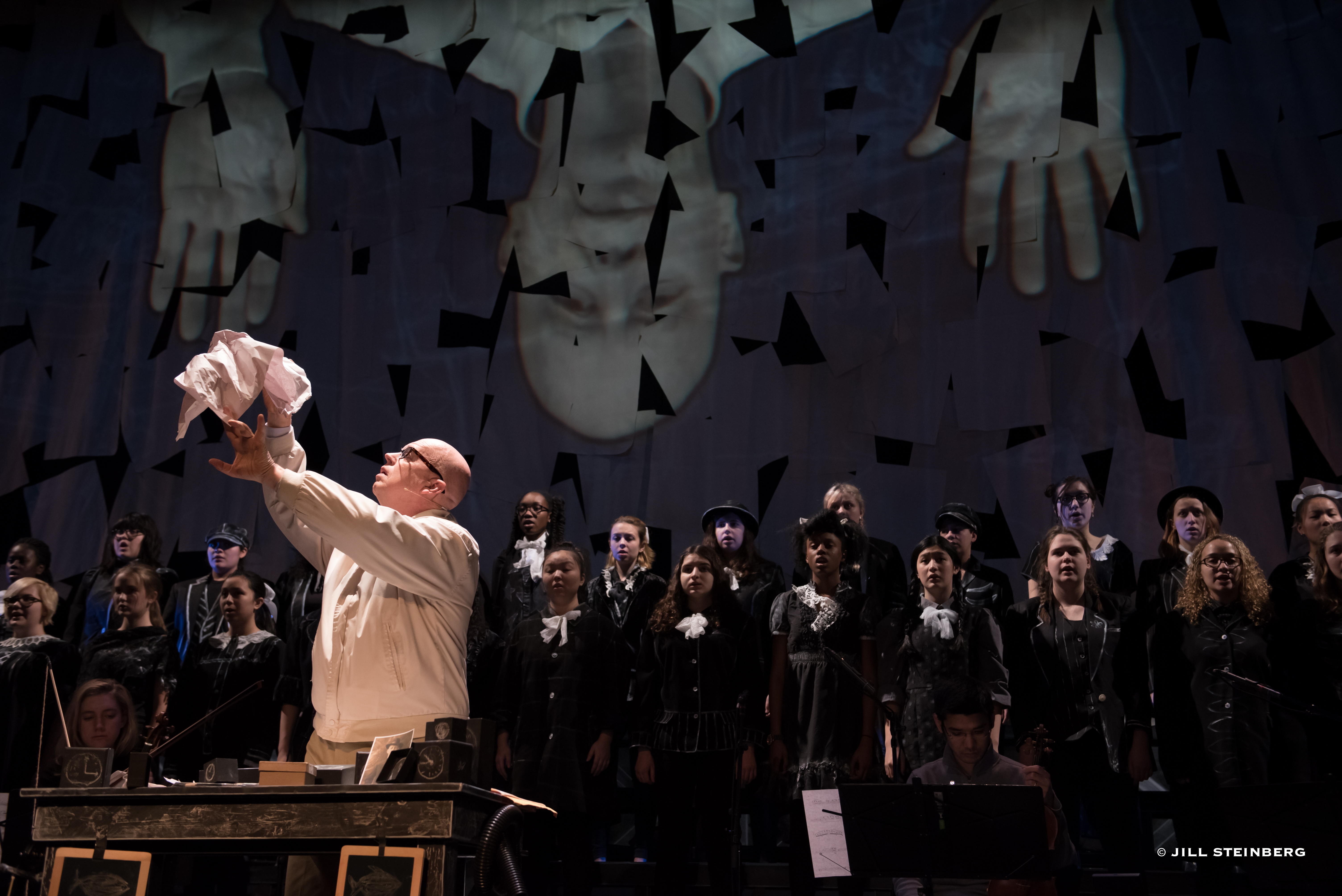 Since 2006 “the contemporary opera mastermind (LA Times),” Beth Morrison Projects (BMP), has been an industry disruptor and tastemaker at the forefront of musical and theatrical innovation by commissioning, developing, producing and touring the groundbreaking new works of living composers and their collaborators, which take the form of opera-theatre, music-theatre, and vocal-theatre. BMP encourages risk-taking and the result is provocative works that represent a dynamic and lasting legacy for a new American canon. The 2014 bi-coastal expansion to Los Angeles sprang from growing partnerships and relationships with institutions such as LA Opera, the LA Phil, Ford Theatres, Center Theatre Group and RVCC. During the last five years alone, BMP has produced works in 43 venues in 22 cities around the world. BMP’s commitment to cutting edge musical expression has created “its own genre" (Opera News) of originality. In 2013, Beth Morrison Projects and HERE Arts Center co-founded the PROTOTYPE Festival, which showcases contemporary opera-theatre and music-theatre projects over ten days each January in New York City. The New Yorker recently wrote that the festival is “Essential to the evolution of American Opera,” and The New York Times called the festival “Bracingly innovative… a point of reference.” 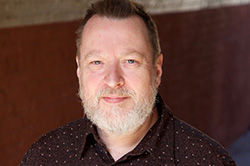 Julian Crouch is a Brooklyn-based independent director, designer, writer, maker, teacher, illustrator and musician, whose career has spanned theatre, opera, ballet, film and television. Initially a mask and puppet maker, and with much of his life based in London, in the mid- 1990’s co-founded London’s Improbable Theatre Company. Improbable’s productions, which included Animo, 70 Hill Lane, Lifegame, Spirit, Sticky, The Hanging Man, The Wolves in The Walls, and PanicThe Devil and Mister Punch,. Julian co-created, co-directed and designed the multi-award winning Shockheaded Peter,. His opera work has included set design and associate direction for Satyagraha , for the ENO and The Met Opera, and creating The Enchanted Island, Doctor Atomic and staging the 125th Gala for the Met. Other major projects include Jerry Springer: The Opera and A Funny Thing Happened on The Way to the Forum for the National Theatre, The Magic Flute, for the Welsh National Opera and Cinderella for the Dutch National and San Francisco Ballets. On Broadway Julian designed The Addams Family Musical, and Big Fish,. Most recently Julian co-directed, co-composed and designed Jedermann for the Salzburg Festival. His recent set design for Hedwig and the Angry Inch on Broadway earned him a Tony Nomination. Most recently he designed and co-created The Aging Magician, for BMP at the New Victory Theater, designed The Nutcracker for Christopher Wheeldon and The Joffrey Ballet, co-directed and designed King Arthur for the Berlin Staatsoper. He was also Director and Designer for the Met Opera's 50 Years of The Met at Lincoln Center Gala. He is currently designing Hansel and Gretel and Ernani for La Scala Opera, Milan, Nico Muhly's Marnie for the English National Opera and the Met Opera, and The Barber Of Seville for the Dutch National Opera. His production Birdheart, co-conceived with Saskia Lane, played for the Dalai Lama in Brussels and has toured as far afield as Zimbabwe and Abu Dhabi. Julian was recently Artist in Residence at New York’s Park Avenue Armory and was the first commissioned artist for the BRIC House Fireworks Residency Program in Brooklyn, NY. He has illustrated 2 books - Jedermann, and Maggot Moon. 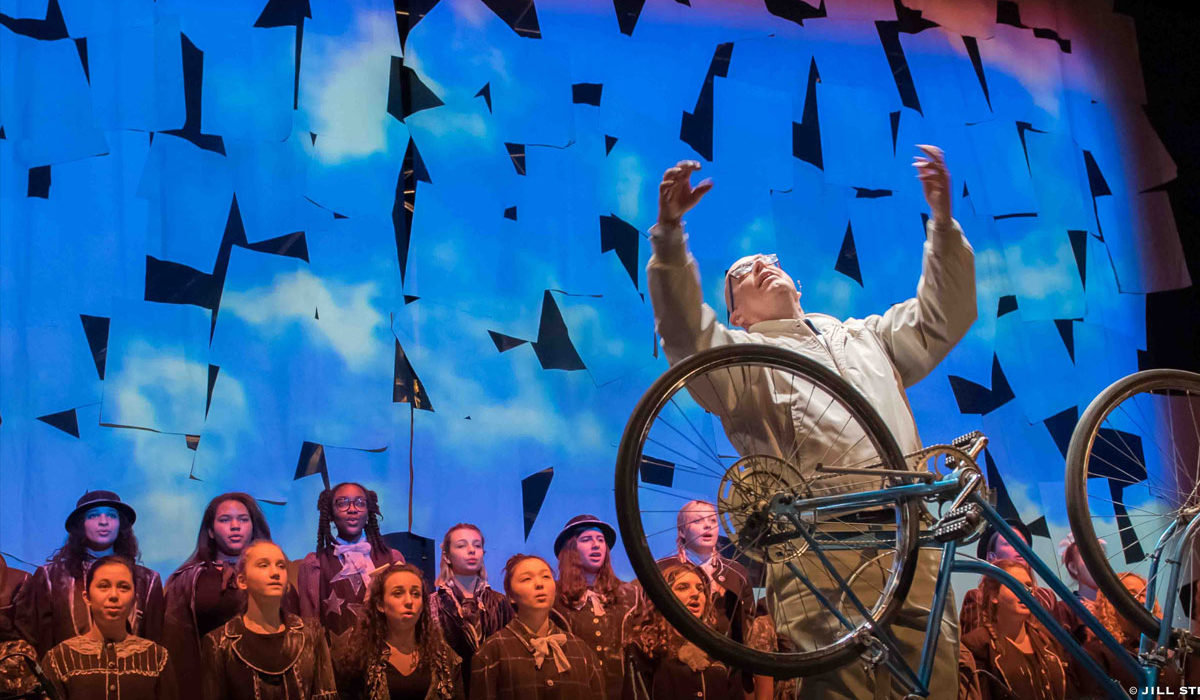 The Brooklyn Youth Chorus is a Grammy Award-winning collective of young voices led by Founder & Artistic Director Dianne Berkun Menaker. The Chorus has performed or recorded with major orchestras and artists such as New York Philharmonic, Los Angeles Philharmonic, Atlanta Symphony Orchestra, London Symphony Orchestra, Barbra Streisand, Arcade Fire, Sir Elton John, The National, and Grizzly Bear. Recordings of the Chorus have been featured in major motion pictures, commercials, and live events, including a work by Radiohead’s Thom Yorke for rag & bone’s Spring 2016 collection as well as Beyoncé and Jay-Z’s OTR II World Tour. As a bold commissioner and producer of new music, the Chorus has introduced into the repertoire more than 120 original works and world premieres by contemporary composers, including collaborations with Pulitzer Prize-winner Caroline Shaw, Blues and R&B powerhouse Toshi Reagon, iconic British DJ Bishi, The National’s Bryce Dessner, and ubiquitous indie-classical superstar Nico Muhly. Founded in 1992, Brooklyn Youth Chorus has served over 10,000 students over the course of its history, currently involving more than 700 students in its core after-school and public-school outreach programs. All students perform in the Chorus’s annual concert series, and our advanced ensembles appear regularly at prestigious venues—from Carnegie Hall and Lincoln Center to the Barbican Theatre and The Kennedy Center. Advanced singers also enjoy opportunities for touring and recording.