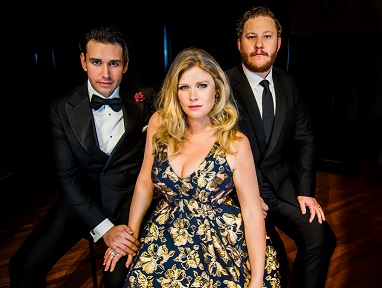 To celebrate the 70th anniversary of this tour, Columbia Artist Management created a new Bel Canto Trio starring tenor Joshua Guerrero, soprano Julie Adams, and bass-baritone Nicholas Brownlee to embark on another tour. The new Trio will perform the original program that toured the United States in the 1947-1948 season with some of operas greatest arias, duets and trios from Rigoletto, Faust, I lombardi, La traviata, Manon Lescaut, La bohème, The Barber of Seville, and many others. They will be joined by Christopher Allen on piano. These are the first performances of The Bel Canto Trio at San Diego Opera and the first performances by the Company at The Conrad. Tickets are on sale now and begin at $35.

To celebrate the 70th anniversary of this tour, Columbia Artist Management created a new Bel Canto Trio starring tenor Joshua Guerrero, soprano Julie Adams, and bass-baritone Nicholas Brownlee to embark on another tour. The new Trio will perform the original program that toured the United States in the 1947-1948 season with some of operas greatest arias, duets and trios from Rigoletto, Faust, I lombardi, La traviata, Manon Lescaut, La bohème, The Barber of Seville, and many others. They will be joined by Christopher Allen on piano. These are the first performances of The Bel Canto Trio at San Diego Opera and the first performances by the Company at The Conrad. Tickets are on sale now and begin at $35. 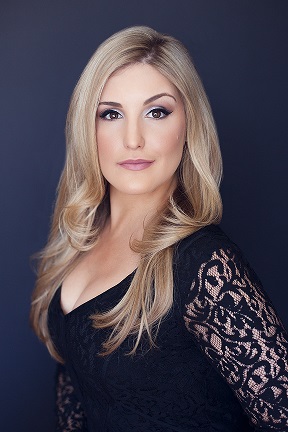 San Diego Opera Debut. Winner of the 2014 Metropolitan Opera National Council Auditions, 2015 George London Award, 2015 Elizabeth Connell prize for aspiring dramatic sopranos, and recipient of a 2015 Sara Tucker Study Grant, soprano Julie Adams has been praised by the New York Times for possessing a voice that is “rich, full and slightly earthy in an expressive way.” The 2018 – 2019 season sees Ms. Adams’ house debut with Arizona Opera as Anna Sorensen in Silent Night by Kevin Puts, and her house debut with Des Moines Metro Opera as Mimì in La bohème. Orchestral engagements include Beethoven’s Symphony Number 9 with the Phoenix Symphony conducted by Tito Muñoz, and a concert version of West Side Story with the Oakland Symphony. The 2017 – 2018 season saw Ms. Adams return to San Francisco Opera as a guest artist in Francesca Zambello’s production of Wagner’s Der Ring des Nibelungen, singing Freia in Das Rheingold and Gerhilde in Die Walküre. Additional engagements included her house and role debut as Countess in The Marriage of Figaro at Michigan Opera Theatre, conducted by Stephen Lord and her house debut at Opera Idaho as Blanche in Previn’s A Streetcar Named Desire. Highlights at San Francisco Opera include Mimì, conducted by Carlo Montanaro, First Lady in the Jun Kanako production of The Magic Flute, Kate Pinkerton in Madama Butterfly, Kristina in Makropulos Case, and Cesira in the world premiere of Marco Tutino’s La Ciociara. Additional operatic highlights include appearances as Mimì and Anna Sørensen in Silent Night with Opera San Jose, her role debut as Blanche DuBois in A Streetcar Named Desire as part of the 2014 Merola Opera Program, Lia in Debussy’s L’Enfant Prodigue at the International Vocal Arts Institute in Tel Aviv, Pamina in The Magic Flute at the Music Academy of the West in Santa Barbara, and Magnolia Hawks in Show Boat and Rose in Street Scene with the Oakland East Bay Symphony. Additional roles include Fiordiligi in Così fan tutte, Blanche in Les Dialogues des Carmélites, and Lauretta in Gianni Schicchi at the San Francisco Conservatory of Music. On the recital stage Ms. Adams was featured as part of the Schwabacher Debut Recital series with John Churchwell, which the San Francisco Chronicle praised her “combination of plush tone and seeming effortless vocal power.” Orchestral works include Barber’s Knoxville: Summer of 1915 with Contra Costa Wind Symphony, and a chamber concert with San Francisco Opera musicians as part of SF Opera Lab’s Chamberworks Concerts, with repertoire including Morgen! by Strauss, Previn’s Vocalise, Eternamente by Ponchielli, and Chausson’s Chanson Perpetuelle. Haydn’s Mass in C Major with Oakland East Bay Symphony, Brahms' Requiem, and Vivaldi’s Gloria with Ventura College Orchestra, and a set of five Joseph Marx Lieder with the San Francisco Conservatory of Music Orchestra. 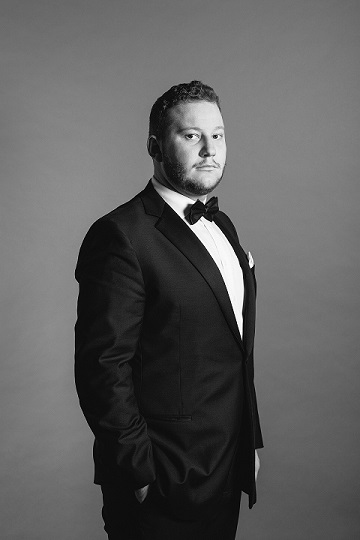 San Diego Opera debut. American bass-baritone Nicholas Brownlee is a first prize winner of the Hans Gabor Belvedere Singing Competition, winner of the Zarzuela prize at Operalia, and Metropolitan Opera National Council Auditions grand prize winner. Nicholas joined the ensemble at Badisches Staatstheater Karlsruhe where he was heard as Enrico in Anna Bolena, Melisso in Alcina, and as Friar Laurent in Berlioz’s Roméo and Juliette. A former Domingo-Colburn-Stein Young Artist at Los Angeles Opera, he sang Nourabad in The Pearl Fishers and debuted with the Israeli Opera as Colline in La bohème. He made his debut with the Houston Symphony Orchestra in Dvorák’s Te Deum and with the Montreal Symphony Orchestra in Verdi’s Requiem. Notable engagements include his Metropolitan Opera debut as the First Soldier in Salome and a return to Los Angeles Opera for productions of Tosca, The Tales of Hoffmann, and Salome. He debuted at Teatro de São Carlos in Lisbon as Escamillo in Carmen and sang Stravinsky’s Les Noces with the Los Angeles Master Chorale. Other recent role debuts at Los Angeles Opera include The Speaker in The Magic Flute, the Bonze in Madama Butterfly and Captain Gardiner in Moby-Dick. He also sang Colline in La bohème conducted at Los Angeles Opera, as well as a debut at The Atlanta Opera in the same role. With the LA Philharmonic, he was seen as the Doctor in Pelléas et Melisande. He was part of the inaugural Young Artist Vocal Academy with Houston Grand Opera, apprentice artist with the Wolf Trap Opera Company, and winner of the 2014 Palm Springs Vocal Competition. He was awarded the 2016 Sara Tucker Study Grant and 2017 Richard Tucker Career Grant from the Richard Tucker Music Foundation. 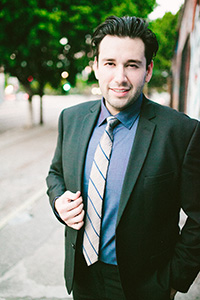 Grammy-award winning tenor Joshua Guerrero made his Company debut in this season’s One Amazing Night. Notable appearances include Alfredo in La traviata at Washington National Opera his house debut at Houston Grand Opera as Arcadio in Daniel Catán’s Florencia en el Amazonas and Rodolfo in La bohème at the Canadian Opera Company. He made his Glyndebourne Festival debut as Pinkerton in a new production of Madama Butterfly and returned to the Santa Fe Opera in the same role. He was seen as the Duke in Rigoletto for his debuts with the Canadian Opera Company and Michigan Opera Theatre, as well as his first performances of Edgardo in Lucia di Lammermoor at Florida Grand Opera. Mr. Guerrero returned to the Los Angeles Opera in his role debut as Macduff in Macbeth. He debuted in the same role in Barrie Kosky’s production at the Zurich Opera and made his London debut at the English National Opera as the Duke in Jonathan Miller's Rigoletto. In concert, he toured Europe with Gustavo Dudamel and the Simón Bolivar Orchestra singing Beethoven's Symphony No. 9 and sang Haydn's Creation with Dudamel and the LA Philharmonic. He made his Baltimore Symphony Orchestra debut with Marin Alsop in Beethoven's Symphony No. 9 and was a featured soloist at the Richard Tucker Music Foundation Gala at Carnegie Hall. He was heard in a concert of opera arias and duets with soprano Joyce El-Khoury and the NDR Radiophilharmonie, which was broadcast on television throughout Germany. He has sung Greenhorn in Jake Heggie’s Moby-Dick and a new production of John Corigliano’s Ghosts of Versailles at LA Opera. He made his European operatic debut as Gabriele Adorno in Simon Boccanegra at Opéra National de Bordeaux and then was seen as Nemorino in The Elixir of Love at Teatro de la Maestranza in Seville. He made his Santa Fe Opera debut as Roméo in Roméo et Juliette. In concert, Mr. Guerrero has been seen with Gustavo Dudamel in Beethoven’s Symphony No. 9 with both the Los Angeles Philharmonic and Simón Bolivar Orchestras, as well as Verdi’s Requiem with the Santa Fe Symphony. He made his role debut as Rodolfo in La bohème with Gustavo Dudamel and the Simón Bolivar Symphony Orchestra of Venezuela in Caracas. Mr. Guerrero appeared at a special gala honoring Plácido Domingo at the Salzburg Festival. As a member of the Domingo-Colburn-Stein Young Artist Program at Los Angeles Opera, his appearances include his mainstage debut as Normanno in Lucia di Lammermoor, followed by the role of Steve Hubbell in A Streetcar Named Desire. He also appeared in the Cathedral production of Jonah and the Whale and made his debut at the Ravinia Festival with the Chicago Symphony Orchestra under the baton of James Conlon singing the role of the Messenger in Aida. Mr. Guerrero was the second prize-winner at Plácido Domingo’s Operalia Competition in 2014 and the recipient of the 2016 Richard Tucker Career Grant from the Richard Tucker Music Foundation. He is a Grammy award winner for Los Angeles Opera’s recording of Corigliano’s Ghosts of Versailles (Best Opera Recording). 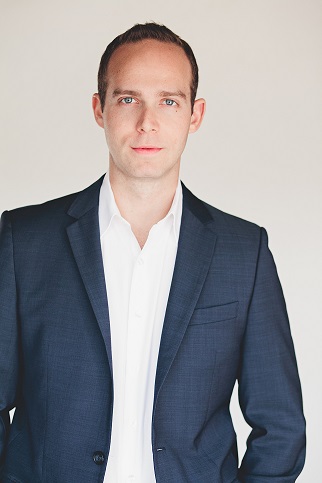 San Diego Opera debut. Music Director Christopher Allen is the recipient of the 2017 Sir Georg Solti Conducting Award. His conducting career was launched by the Bruno Walter Conducting Award and Memorial Career Grant and has been fostered by Plácido Domingo and James Conlon, who brought him to Los Angeles Opera as an Associate Conductor. Notable appearances include Ne Quittez Pas at Opera Philadelphia, Candide at New England Conservatory, The Barber of Seville at Michigan Opera Theatre, The Marriage of Figaro at Opera Theatre of St. Louis, a program of Bernstein repertoire with the Atlanta Symphony, and a debut at the Lyric Opera of Chicago conducting the Rising Stars Concert. Featured in Musical America’s “25 Stars Still Rising,” Mo. Allen has recently conducted a new production of La traviata at Opera Theatre of St. Louis, Cold Mountain at North Carolina Opera, The Daughter of the Regiment at Atlanta Opera, Impressions de Pelléas at North Carolina School of the Arts, and The Barber of Seville at Aspen Music Festival. As The John L. Magro Resident Conductor for Cincinnati Opera, he has joined the company for three consecutive seasons to conduct Barrie Kosky's production of The Magic Flute, Tosca, and the world premiere of Ricky Ian Gordon’s Morning Star, in addition to leading the Cincinnati Symphony in the annual Washington Park Concert each summer. Nominated as a finalist in the International Opera Awards in the “Newcomer” category, he made his UK debut conducting The Barber of Seville at the English National Opera and his Asian debut conducting the same work at the Daegu Opera House. He made his Los Angeles Opera conducting debut in Patrick Morganelli’s Hercules vs. Vampires, and returned to the company to lead musical preparation for The Ghosts of Versailles, which won a Grammy Award for Best Opera Recording.