Student Rush for Stephanie Blythe in Concert - ONLY $10

We know that the arts bring comfort, hope and community in difficult times. Your support is both vital and appreciated. We'll see you soon and cannot wait to share great, live performances with you as soon as we can. 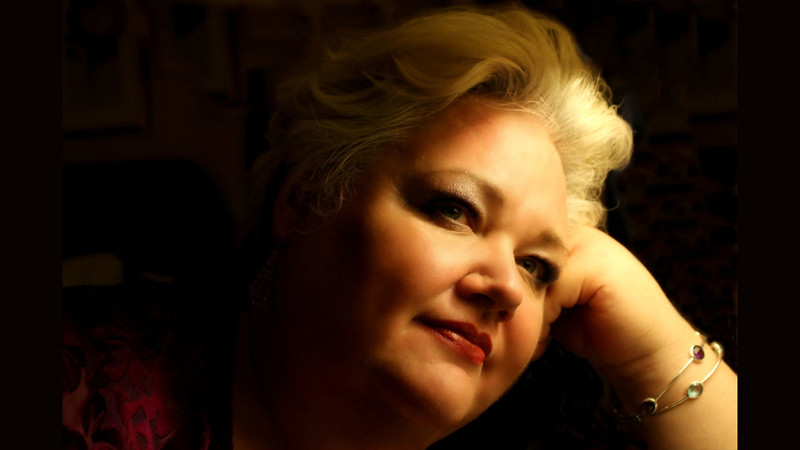 San Diego Opera is kicking off the 2021-22 Season with a specially curated solo recital by vocal powerhouse Stephanie Blythe, performing at the Balboa Theatre with a musical and historical look at the words and songs of Johnny Mercer and those who influenced and partnered with him, from the early years of Jazz, to Tin Pan Alley, and eventually, Hollywood.
This special offer includes:

Please ensure you bring your student ID with you as you may be asked to present it to a staff member.

All Discounts subject to availability. THIS OFFER IS VALID FROM NOW UNTIL OCTOBER 20th or while supplies last.

You will receive an email confirmation of your request. E-tickets will be mailed between October 20th and October 23rd (performance day).

About Stephanie Blythe in Concert

Accompanied on piano by Ryan McCullough

Opening the 2021-2022 season with a special concert by mezzo-soprano Stephanie Blythe - a musical and historical look at the words and songs of Johnny Mercer and those who influenced and partnered with him, from the early years of Jazz, to Tin Pan Alley, and eventually, Hollywood. Accompanied on the piano by Ryan McCullough, Ms Blythe will be sure to give us an evening we will not soon forget.

"Mercer’s extraordinary abilities as a wordsmith and performer cannot be underestimated, as the songs and stories will tell you. Mercer was a born communicator, who had an innate understanding of how to connect with his audience- a perfect subject for a recital/cabaret, my absolute favorite kind of performance, one that establishes an easy, person to person connection with the audience through shared emotional experiences." - Stephanie Blythe

Stephanie Blythe made her Company debut in 2014’s A Masked Ball as Ulrica, sang in the Company’s Verdi Requiem that same year, and returned in recital later that fall for We’ll Meet Again: The Songs of Kate Smith. She was scheduled to sing the title role of Gianni Schicchi last season, the first time the lead role was to be sung by a mezzo-soprano, but that production has now been postponed to the 2022-2023 season.

We are happy you may be joining us during our 2021-2022 Season. We are commited to the health and safety of all our audience members.

Before beginning your order please read and acknowledge the Safety Protocols below. Thank you.

In compliance with current safety requirements of the State of California and the venues where we perform, San Diego Opera will require proof of full COVID-19 vaccination or proof of a negative COVID-19 test within 72 hours of attending live indoor performances. Additionally, masks will be required for all audience members while inside all of our venues, except while eating and drinking in designated areas.

California residents may request a digital vaccination record at MyVaccineRecord.cdph.ca.gov.

Your health and well-being is important to us. We will continue to post regular updates on our website, social media channels, and to communicate via email. If you have questions of your own, our main office can be reached at (619) 232-7636 or bye email to info@sdopera.org

I acknowledge that I have read and agree to following the safety protocols when attending San Diego Opera performances.